Imagine a conflict killing 10 times more every year than the Syrian Civil War has ever killed since it started in 2011, killing more than World War II. A conflict, which hits 425 million people over the world and is expected to leave a trace of death of increasingly younger people without social class, beliefs and religion distinction in every continent, in addition to restricting a large part of them from having quality of life. In Brazil, it affects 12,5 million people. In 2015, this conflict cost R$ 190 million to the government, it overcrowds hospitals and health systems, making them even more expensive.

Imagine that, despite its destructive power and the high amount of money invested in this war, nobody cares much about preventing it from happening, even knowing there are mechanisms to do it. Also, imagine that you could help to put an end to this conflict. Would you sit idly by?

This is a silent war, which happens inside the organism, undermining it from the inside. When people come to realize, it may be too late to escape without after-effects. Don’t you have any idea of what conflict it is? Haven’t you heard much about it on the news or social media?

This silent enemy is called diabetes!

People care about cancer and so many other diseases, and they should indeed keep doing it. They’re significant causes. But, what about diabetes? Why don’t they care about diabetes, the 4th deadliest disease in the world? It holds the 4th place; however, the formers may be correlated to it: heart disease, for example… And others afterwards.

I don’t have type 2 diabetes, which can be prevented, I have MODY diabetes. I could’ve never prevented it, simply because it’s a chromosome abnormality. However, I do care about the recent events in the health care, where we’re going to, the possible system breakdown, the lack of productivity of young people, the quality of life decrease of elderly people, and all the deaths from diabetes.

People don’t care as much as they should, because a person with type 2 diabetes is seen as the one who has the disease “because chose it, because they’re reckless and didn’t take care of themselves”. Just exactly the way an obese individual is seen. Moreover, these diseases are so much more complex, with so many risk factors.

The greatest expenditures with diabetes come from hospitalizations caused by complications. On average, a patient takes 7 years to be diagnosed, which is enough time for the complications to settle in.

Every 6 seconds a person dies because of diabetes in the world, and I do care! And yes, it’s possible to change this reality.

Investing in early diagnosis as well as taking action during the stage of prediabetes, changing the lifestyle, including small amounts of exercises every day, adding up to 150 minutes a week, with a well-balanced diet. However, the population needs to be educated. And we don’t need to expect only from the government and do nothing of our own. The population needs agents of change, people interested in leading the ones who have lower education levels.

My dream is to see each and every one of you personally assuming this mission.

Speaking of saving the world may seem an overstatement. But that’s it!

We need to save the world from diabetes. This is our war! If we lose it, it might destroy our future. 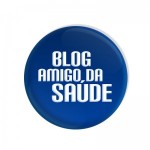